On March 11, The National Park Service released its anticipated Federal Tax Incentives for Rehabilitating Historic Buildings: Annual Report for Fiscal Year 2018. The report highlights continuing strong demand for federal HTCs and the significance of the credit as the “nation’s most effective program to promote historic preservation and community revitalization through historic rehabilitation.” During over 40 years of the program’s existence, 44,341 projects have been rehabilitated over 2.5 million jobs created (According to FY 2017 NPS Econ Impact Report) and $96.87 billion has been invested in historic rehabilitation. Just in FY2018, 1,013 Part 3 projects were completed, generating over $6.9 billion in private investment. In the past year, there has been a “9% increase in certifications of historical significance (Part 1), and approved rehabilitation projects (Part 2 and Part 3) remain at prior-year highs.” In FY 2018, almost half (46%) of all completed projects (Part 3) were under $250,000 in credits ($1 million in QREs), 18% were under $50,000 in credits ($250,000 in QRE’s) and 74% of all FY2018 projects were under $1 million in credits ($5 million in QREs). Out of the over 587,000 housing units created, 28% were low- and moderate-income housing.

NTCIC brought investment to 9 projects totaling over $469 million in historic rehabilitation development to communities in FY2018. Some of these key projects include: 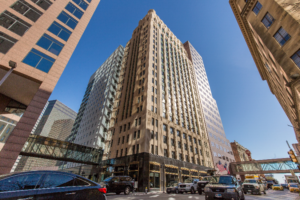 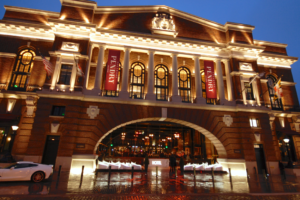 Located in the southeastern part of Baltimore, Fell’s Point was initially developed by landowner William Fell in the early 1760s. The Recreation Pier was originally constructed in 1914 in the center of Fell’s Point waterfront. It served as a commercial pier that once housed the harbormaster’s office, stored port cargo, and served as a landing point for new immigrants. The Headhouse portion of the pier also had recreation facilities, including a ballroom that served as a meeting place for young people from Fell’s Point’s many ethnic groups. From 1993-1999, the Pier served as a community center and television studio where it was portrayed as the police headquarters for the NBC TV series Homicide: Life on the Street. After filming ended in 1999, various development proposals were reviewed to determine the future of the iconic structure in doubt and vacant.

The adaptive reuse of the Recreation Pier is now the Sagamore Pendry Hotel. The Sagamore is part of a division of the ultra-luxury hotel and resort brand Montage, consisting of 128 rooms, a full-service American cuisine restaurant and bar, a whiskey bar and lounge, 8,000 SF of meeting space, a 230-seat ballroom, outdoor pool terrace overlooking the Inner Harbor. The Sagamore employs an estimated 204 people of whom approximately 90% receive a living wage and approximately 71% are Baltimore City residents. The vast majority of the jobs are accessible to low-income people with or without high school degrees with career advancement opportunities.

The Rail & Commerce Building in the Little Italy neighborhood of Omaha, Nebraska was originally built in 1925 as a sorting facility for the United States Postal Service (USPS). It was later converted into storage space until USPS vacated the premises in the 1970s. The neighborhood’s physical separation from more economically vibrant sections of the city stymied redevelopment and the property remained vacant and dilapidated for many years, acting as a roadblock for business owners who otherwise would have considered moving into the neighborhood. The building was purchased in 2013 by the developer who envisioned a restored community use for the historic building and began the redevelopment in 2015.

The building was transformed into upper-floor office space and Commerce Village on the lower floor, a collection of local businesses and shared office space for the growing entrepreneurial community of Omaha. The numerous startups and businesses inside that include a mix of nonprofits, community-based groups, and healthcare. Of about 25 companies currently renting space, their size ranges from one person to 30 who rely on the flexible office layouts and communal workspaces that foster partnerships and creativity. Overall, 70 percent of construction costs were awarded to local businesses and the renovation led to 217 construction jobs. The project created 150 new full-time positions. The business incubator will provide business development services including SCORE assistance in securing Small Business Administration (“SBA”) loans to individuals seeking to start a new business. SCORE offers the nation’s largest network of free business mentors.

NTCIC investments have breathed new life into large historic properties that have been vacant for decades, preserving heritage, providing catalytic economic development communities downtowns and in many cases providing jobs and opportunity for the severely underserved.  Historic Tax Credit projects coupled with New Market Tax Credits have been a powerful combination in NTCIC’s mission in enabling tax credit equity investments that support sustainable communities nationwide. NTCIC is advocating to bring more value to the HTC and encourage more investment in smaller, main street projects. To join us in advocating for the Historic Tax Credit, click here.

With the NMTC expiring in 2019, NTCIC is also advocating Congress for a permanent extension of the credit. If you are interested in more information on New Markets Tax Credit advocacy, click here.